Shri Ram Chandra of Fatehgarh, affectionately known as Lalaji, was the adi-guru (first spiritual master) of Shri Ram Chandra Mission. He rediscovered the ancient art of transmission, whereby the master transmits divine energy into the heart of the aspirant in order to expedite his or her spiritual development. The art had been practiced in India thousands of years before, and through his rediscovery, Lalaji brought the highest spiritual approach within the reach of all who wished to receive it.

Born on 2 February 1873, Lalaji belonged to a distinguished family of jagirdars (landowners), originally from the district of Mainpuri in India. His father was a tax superintendent and his mother a devout woman who passed away when Lalaji was only seven years old, leaving upon him the imprint of her strong faith. The effect of his mother’s spiritual life was such that he developed a thirst for God at a young age. As a child he also displayed a deep love and aptitude for music and was known all his life for having a beautiful voice. He was educated by a private tutor and learned Hindi from his mother, receiving his later education at the Mission School at Farrukhabad. After his mother’s death, he was brought up by another lady with whom he shared a lifelong affection and regard.

Before his father died, the family property was stolen by an unscrupulous king. Lalaji started life afresh in a humble position, but he was soon recognized as a spiritual saint of the highest calibre. Shortly after Lalaji’s marriage, his father died. Within a brief span of time he also lost his elder adopted brother and all that remained of his ancestral property. Accepting these misfortunes with grace and courage, he went to work for one of his father’s associates in Fatehgarh.

Lalaji credited his wife with inspiring him and keeping him alert on the path of truth. He considered her to be the personification of love and faith.

It was Lalaji’s conviction that a normal family life was most conducive to self-development and that any sincere seeker could progress to the highest level of spiritual attainment while fulfilling the duties of a householder. Not content to pursue such a goal for himself alone, Lalaji offered his spiritual training to others without discrimination, assuring that the highest aspirations, previously reserved for renunciates and ascetics, were brought within the reach of all humanity.

By nature, Lalaji was always calm but easily moved by the pains and pleasures of others. Rarely could he be angered. Not given to superfluous talk, he spoke as little as possible, but in answering questions he responded exhaustively. He was adept at using language to communicate his thoughts and captivate the hearts of his listeners. If there happened to be someone who could not understand him, he brought about the desired state in that person who thereby acquired an experience and knowledge of the subject under discussion.

His personality, mode of living and general behaviour earned Lalaji the affection and respect of his neighbours. He was much loved by Hindus and Muslims alike, and though he loved his followers with all their faults, he was at the same time a disciplinarian. In contrast to the practices of his time, Lalaji was very much against rituals and spending more money on ceremonial occasions than one could afford. He was in favour of the remarriage of widows as well as the education of women, and his servants were like members of his own family.

It was said of Lalaji that he could bring about spiritual awakening in a person with a single movement of his eyelids, but display of any kind was repugnant to him and ego was likewise never allowed to grow. Rather, he advocated that aspirants should stay away from powers until they reached their goal and discipline was perfected. For removing various complexities of the heart, he asked his followers to make friends of their enemies and the persons whom they dreaded. He regarded morality as essential to self-realization and love as the greatest tapas (spiritual practice). He taught that afflictions are divine blessings holding many secrets, and that real craving for God will be found in only one person out of thousands.

When he was not at his office, Lalaji imparted training to abhyasis (practicants) day and night and, after going to bed, transmitted to them until two o’clock in the morning. After his retirement in 1929, he began giving all his time to spiritual work, spending two to three hours every day dictating books, articles and letters. He was a great scholar of Urdu, Persian and Arabic and had a sound knowledge of Hindi and Sanskrit. Controversial phrases and words in scripture were explained by him in such a simple way that real knowledge became common property. Unfortunately, the vast majority of his writings were lost after his death, when a servant mistook them for waste paper and burned them.

Lalaji led a simple and pious life. His name spread far and wide, and many people approached him for solace and spiritual guidance. He did not discriminate on the basis of color, caste, creed or sex, and never turned anyone away without blessing them with spiritual progress. He was himself blessed with a melodious voice, and his songs had the power to touch the very soul of his audience. It is on the strength of the spiritual work done by this great Master that Shri Ram Chandra Mission, the organizational arm of the Sahaj Marg system of spirituality, now stands erect, spreading his message throughout the world.

During the period of illness leading up to his death on 14 August 1931, one of his disciples began to weep at seeing his teacher in extreme pain. Observing this, Lalaji remarked, “It can be removed within minutes if I exercise myself, but I am not touching it because it is all His will and we must abide by it.” He immersed himself in thoughts of God and was heard to say, “As the coveted hour of merger with the beloved gets nearer, so increases the fire of desire of him.”

The art of transmission was passed from Lalaji to his most devoted disciple, Shri Ram Chandra of Shahjahanpur. Babuji, as he was known, further refined his Master’s teachings into the current practice of Sahaj Marg. In 1945, Babuji founded the Shri Ram Chandra Mission in honour of Lalaji and appointed Shri P. Rajagopalachari to be his successor. Known as Chariji, he appointed Kamlesh D. Patel as his successor in October 2011, and following the passing of Chariji on the 20th December 2014, Daaji became the Global Guide of the Sahaj Marg system of Raja Yoga meditation and the Heartfulness Movement. 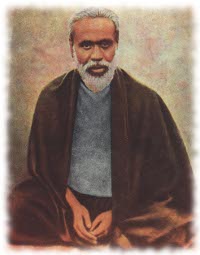 “Happiness is not anywhere outside. It is in our fixing the attention, in the steadiness of disposition, and in the withdrawal of our mind.Those who know this secret need not search for happiness outside.”

“Behind the drop the sea extends, The sea supports the drop. To make the drop realise the ocean, is all the Reality.”